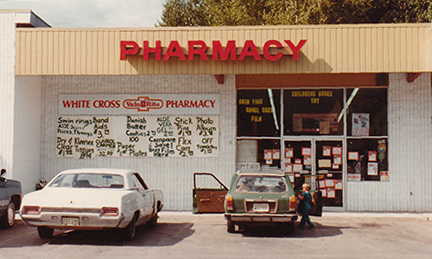 The Priest River location has seen several different sites with the current location established in 1996 at 5453 Hwy 2.

The Sandpoint location was first established in 2003 and was moved twice to end up at its current location in 2011.

In July of 2014, White Cross Pharmacy found a home for its newest location in Spirit Lake, Idaho. The pharmacy is located inside Miller’s Harvest Foods in the heart of town. This arrangement resulted in the first pharmacy services in Spirit Lake in over 30 years.

We are proud to serve these great Idaho communities. Our singular focus is on professional pharmacy services, which is what sets us apart from grocery chains and big box stores. You’ll see it in our service!